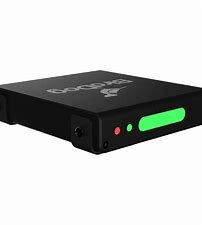 In the world of NDI® there are two flavours, NDI® and NDI|HX. NDI® is a variable bit rate, I-Frame codec that is reaches around 140Mbits at 1080p60 and is visually lossless. NDI|HX is a compressed, long-GOP, H.264 variant that reaches around 12Mbits at 1080p60. Mini hardware only Encodes and Decodes Full YUV422 NDI®.

Built with total flexibility in mind, Mini can be configured as an NDI® Encoder or NDI® Decoder with a simple click of a button through the web console. In Encode Mode Mini is the perfect way to get your HDMI sources into the world of NDI® and supports up to1080p60.

Full NDI® is a variable bit rate codec. In normal circumstances BirdDog recommends allowing around 140Mbps in HD, or 6 streams per 1GbE cable with some headroom. In 4K it is recommended to allow around 300Mbps or 3 streams with some headroom to allow for any unforeseen spikes.